The Warwick Senior High School boys went to Warwick Stadium to compete in the Year 10 Basketball Lightning Carnival. I would like to acknowledge that all of the students were extremely well behaved, played with good sportsmanship and enjoyed the day. They were a pleasure to watch.

The A team had a mixed day. After a particularly strong start, and winning the first 3 games, they came up against Shenton College. In what was an extremely highly skilled and close game, Warwick had numerous opportunities to close out the game but unfortunately couldn’t hold off a fast finishing Shenton! (Shenton would later go on to win the carnival).

We played competitively for the next 2 games, but tired legs meant we were unable to sustain our efforts. Warwick ended up with 3 wins and 3 loses, finishing in the middle of A division. Wade Yates, Jenro Cabingabanh, Bill Corderoy, Clarenze Vasquuez, Malcom Garlett and Jer-ron McGaughey all competed strongly throughout the day and should be proud of their efforts.

The B team competed in the C division of the carnival. They had a successful day, finishing Runner Up in their division. A particular highlight occurred whilst playing against a strong Churchlands team. Warwick were down 9 points when Ethan Italiano made 4 long range 3-point shots in succession to pull Warwick back to an even score. It was through this effort they were able to finish the game with a draw.

The team ended the day with 4 wins, 1 draw and a loss. Well done to Ethan Italiano, Jayden Peak and Niki Tosevski. All should be proud of their efforts during the day.

Lastly, I would like to thank the Year 11 helpers who assisted coaching and umpiring all of the games during the day, as they did a fantastic job. Well done John Watters, Jacques Fabres, James Cutherbertson and Bas Claite.

The Warwick netballers played their Lightning Carnival at Kingsway College netball courts. The girls had a very successful day, only losing their first game and then winning their next five.

Well done to all the girls who play netball competitively outside of school, using their initiative to help those girls that don’t, by providing some great coaching points and direction on the court.

Kudos to those girls that came along to play a sport that may have been outside of their comfort zone. They developed very well as the day went on and finishing second in your division is a great achievement!

Thank you to year 11 Netball Specialist students, Liv Saunders and Emysen Robinson, for coaching and umpiring throughout the day. They did a great job! 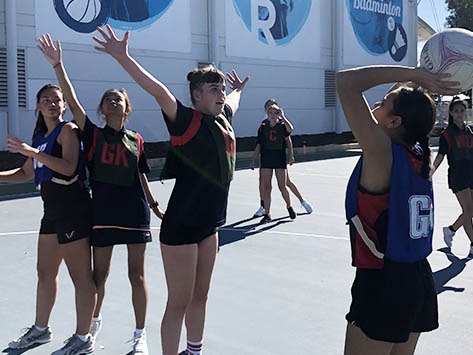 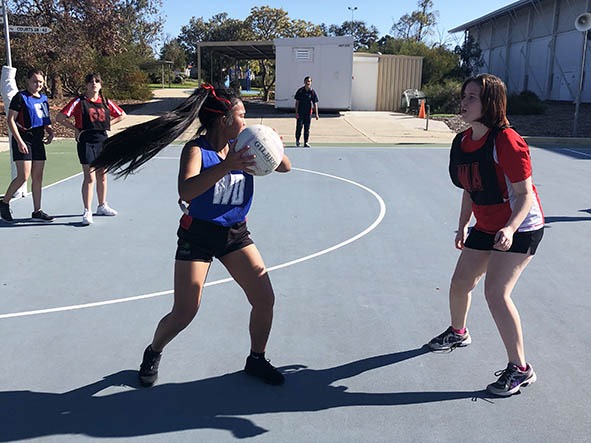 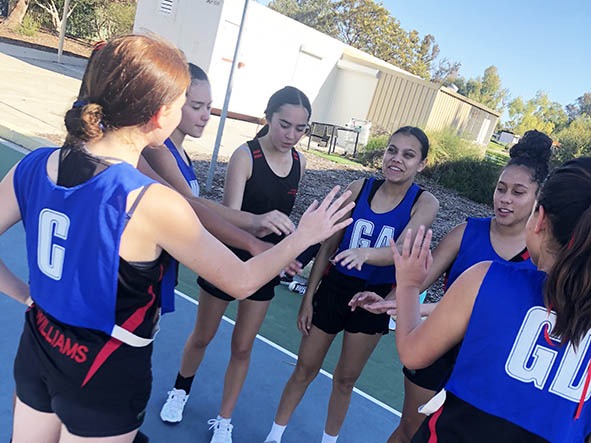 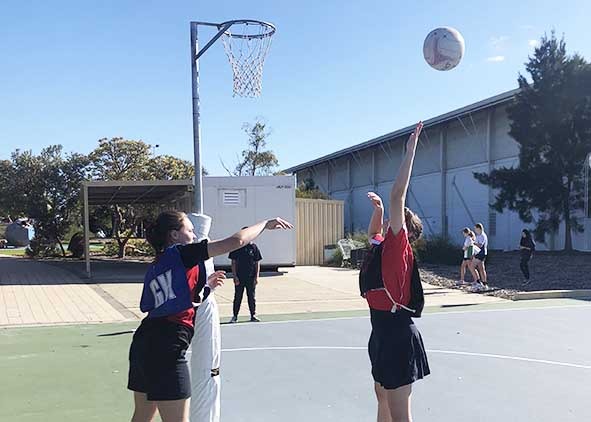 The girls ventured down to the Loftus Recreation Centre for a day filled with 3-pointers and air balls. All but one student was from the Netball Specialist Program, proving that they are not only competitive on the netball court but also a force to be reckoned with on the basketball court too.

Team 1 (Pool 1) was unstoppable, shutting down every team they played with a full court press, led by star defenders Kasey Sharp and Bridget Lanza. Charmondelae Whaanga (aka Steph Curry) was throwing 3-point shots all day, not to mention playing in both Team 1 and 2.

Fellow shooter Brooke McGlinn proved that she was not only an excellent shooter on the netball court but is handy with a backboard too. Keisha Kean, Shenae Kidd and Latoya Chase were dominant all day, stealing the ball every chance they had and scoring. Their hard work paid off and they came away as undefeated Grand Final winners after beating Churchlands (from Pool 2) in the Grand Final by 20 points.

Team 2 (Pool 2) were robbed of their spot in the pool 2 playoffs for the Grand Final due to some technical difficulties with score card processing. Regardless of this, they were dominant on the court all day and finished the competition with only one loss to Churchlands, who were later defeated by Team 1 in the Grand Final.

Grace Brazier and Yalmarie Tholen were outstanding all day in both defence and on the scoreboard, involving themselves in every contest where there was a ball to be won. Zarliaha Tipene, Jade Whitehurst and Emily Wigg proved that not knowing what a keyway was, was no barrier in the game of basketball. They worked tirelessly on court with numerous shots on goal and rebounds.

Our only non-netballer, Kyra Fowler, proved that not only did she deserve to be there, but she was an asset to the team with a number of assists and contributions to the scoreboard.

Credit goes out to both teams, coaches and umpires for their efforts all day and their amazing sportsmanship. Great work!