My Day as a Soldier

My day as a solider started off like most days in the army. It consisted of a hard session of PT (physical training) run by the PT instructor, who was pretty straight forward and had a hard exercise session set up. We learnt about standing at attention and what the orders from an instructor sounded like. One of the main things I took out of the session was that the army is built on teamwork and your team is only as strong as its weakest person. Next, we were told to change into the shirts that they gave to us and to quickly shower, but after seeing the open 40 cm apart shower stalls, I kindly declined.

Next we were off to the infantry and artillery barracks where we were able to see a full demonstration of what it would look like when mortar fire is being requested. Afterwards, we were able to check out the equipment and ask the soldiers questions about things like deployment, army lifestyle and recruiting. We then went to the Engineer’s barracks, which is where we were shown all of the different roles that Engineers play. I found that the section about mines and IEDs (Improvised Explosive Device) was the most confronting. We were shown different examples of how these bombs are hidden and the danger they pose to a solider. Next, we then went to the mess for lunch and whilst there we were taught about traditions and how the mess works.

The 10th Light Horse Regiment was the next place we visited, which is where we were able to ride in an armoured vehicle around the barracks and it actually had the best air con I’ve ever felt. We finished up our day at the shooting range where we were able to fire a few rounds with the standard issue rifle for the infantry.

My day as a soldier experience helped reinforce the career that I want to pursue in the army and more specifically the infantry. 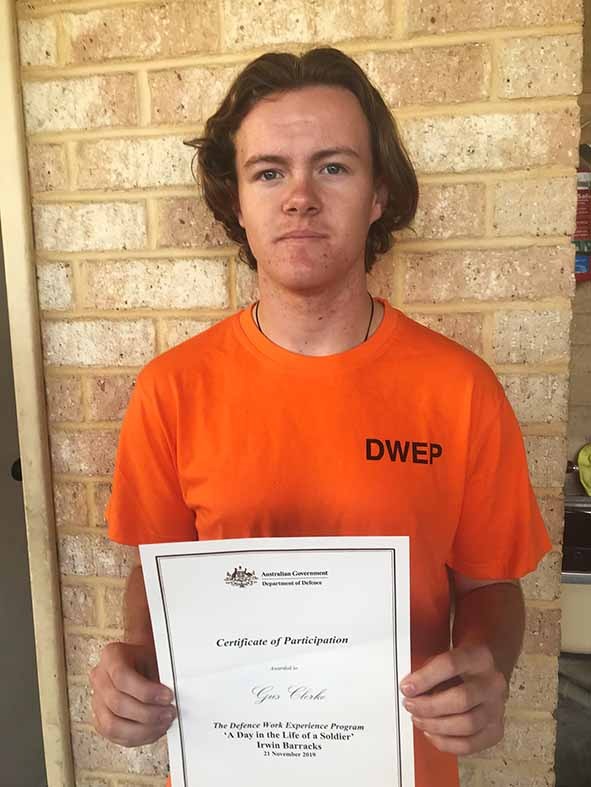 Congratulations to all the Year 12 students who completed Certificates at Warwick in 2019. Every Year 12 student achieved them while still at school and we are very proud of those who attended TAFE every Friday, completing a variety of qualifications with external agencies.

It was fantastic to see Nikki Houlis, the 2018 VET Dux, presenting the 2019 General Dux Award to Ava Fletcher at the Year 12 Farewell presentation. Ava completed a Certificate II Sport and Recreation while at Warwick SHS and a Certificate III Population Health with North Metro TAFE. She has applied to undertake a Diploma in Nursing at TAFE and then to continue her studies at university to become a Registered Nurse and a Theatre Nurse.

Nikki Houlis completed her training this year and is now a qualified Veterinary Nurse. She plans to study Science and Engineering next year and has been accepted into Curtin University to continue her studies. 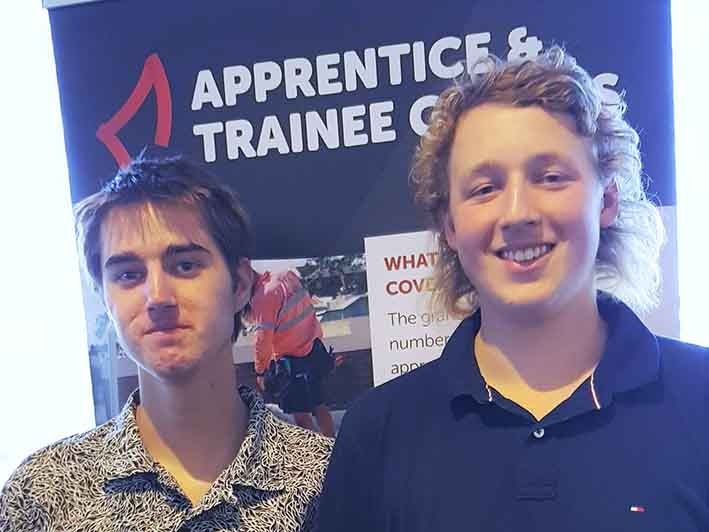