November 2019 saw 20 Year 9 students and 3 staff venture to our national capital, Canberra, for six days of sightseeing and educational programs.

We all met on a Sunday afternoon at Perth Airport ready to fly to Canberra. Our arrival into Canberra was quite late at night so there wasn’t a lot to see so we quickly settled into our rooms to get some sleep.

There were a number of tired students on Monday morning due to the time difference but they looked great in their blazers and quickly organised themselves for the day. The first stop was Government House where we were given a tour and even got to meet the Governor-General himself! A tour of Parliament House was next on the list, along with the opportunity to participate in a role-play, so students could immerse themselves in the process of law making. As it was a sitting week, the Federal Member for Cowan, Dr Anne Aly was able to spend some time chatting to our students. On the agenda for the afternoon was the Australian War Memorial. Students were given a lanyard with a veteran’s photo and name on it and as they wandered the galleries with an education officer, they found out the fate of their given person. We then had some time to explore on our own before heading to the Last Post Ceremony where two of our students, Hayley and Jet, laid a wreath on behalf of the school.  In the evening, we all enjoyed a quiet game of cards and a movie, with students heading to bed a bit earlier than the night before. 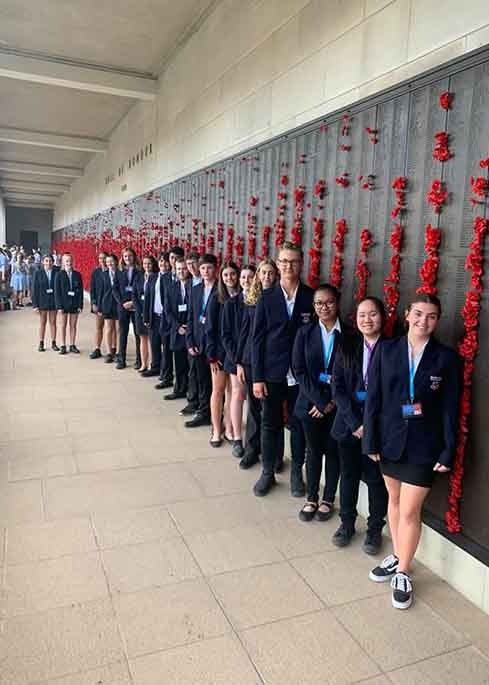 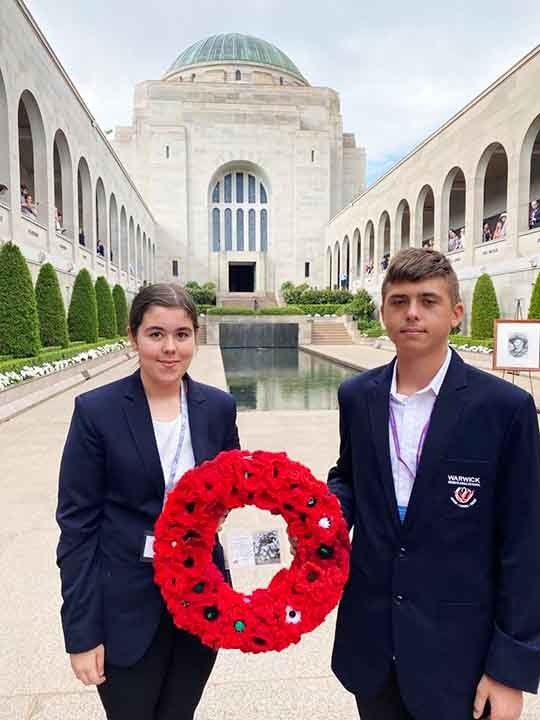 Our first stop on Tuesday morning was the Royal Australian Mint where students were given a rundown of the history of currency in our country. We also saw Titan the robot lift a barrel full of coins ready to be weighed and packaged and we then had the chance to mint our own dollar coin.  Next, it was then on to the Old Parliament House for a tour and a role play, where students re-enacted the infamous Whitlam dismissal and were allowed to gather on the front steps to recreate his final moments in office. We took a short break in the Rose Gardens and tried to stay warm as the wind was beginning to pick up, before heading to the Australian Electoral Commission for a short history lesson on voting in Australia and a mock election. After lunch was a visit to the National Capital Authority where students were able to learn about the local history of Canberra. We then popped over to the National Film and Sound Archive and were invited to look at their exhibition on the history of video games. Students were introduced to some games that they had never heard of before and the teachers relived their youth. The evening activity was bowling, where Holly ended up being the top scorer of the group.

It was a very slow start on Wednesday morning but a trip to the Australian Institute of Sport certainly got the students up and moving, as they participated in a range of simulation games. It was then onto CSIRO where students learnt about a number of the inventions that the organisation had been involved in. After lunch it we moved on to the National Museum of Australia for an educational program on Indigenous Rights and Freedoms before a quick drive around the embassies and a stop at the top of Mount Ainslie for a photo opportunity. We finished the afternoon with a cruise on Lake Burley Griffin and Canberra certainly turned on the sunshine. It was an early night as everyone was exhausted. 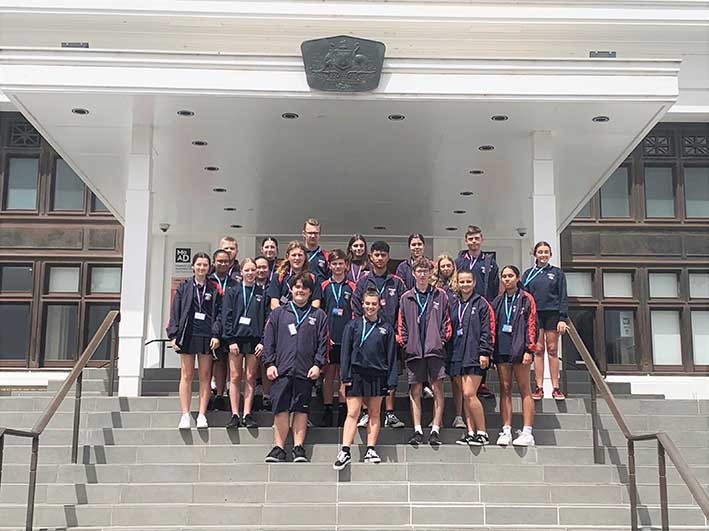 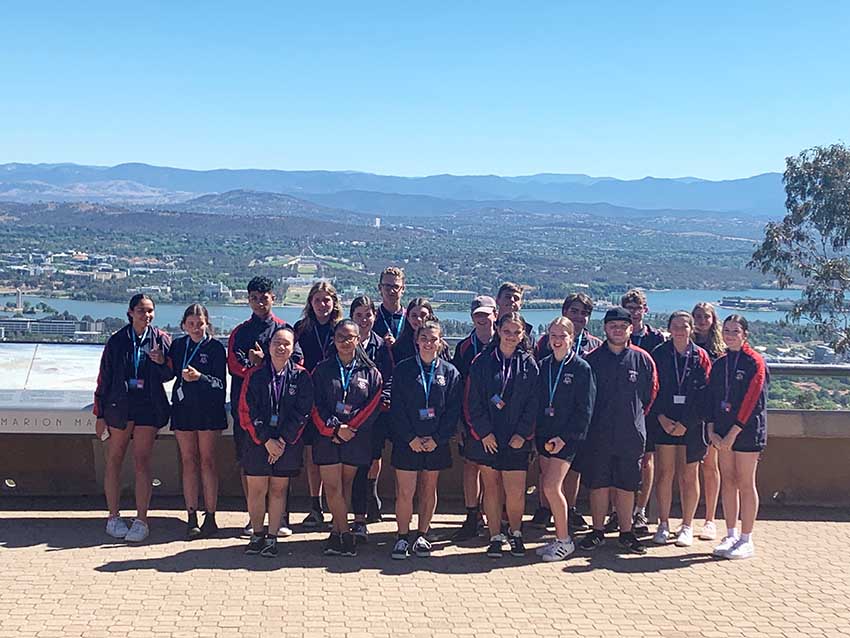 It was a slightly later start for our final full day in Canberra. We began with a tour of the National Library and were given an introduction to Isaac the robotic librarian. We had the chance to walk through the cavernous storeroom, only to discover that there are two more warehouses full of the collections offsite. It was then a short walk to Questacon with students running around the numerous exhibits and engaging with the hands on activities. They also bought out a large portion of the shop! After lunch we took another quick walk over to the National Gallery where students were split into two groups and went on a guided tour. We then moved on to the High Court where we toured two of the three courtrooms and watched a short clip about the constitution. The final night’s activity was laser tag. Students (and staff) were very competitive as we competed in a number of rounds, both individually and in teams. It was the green team (Millar, Claudia, Erin, Hayley and Tahlei, supported by Miss Giglia) who took out top honours. 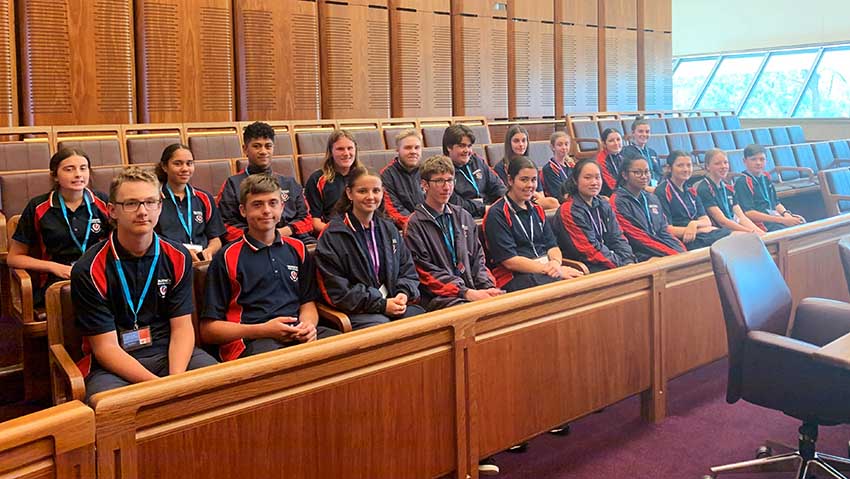 All were excited on Friday morning to head to Sydney, so made sure we were all packed before heading to breakfast. A little after three hours later and we arrived in Sydney. Our bus driver had previously lived there so was able to show us some of the areas that he used to frequent on the way out to Bondi Beach. The students were quite excited to see the Bondi Rescue lifeguards. Then, it was a quick stop for lunch at Mrs Macquaries Chair before we headed to the Sydney Opera House for a tour. It was really interesting to see the inner workings of the Opera House and we were lucky enough to sit in the Concert Hall before the renovations begin in early 2020. It was then on to the airport to wait for our flight home.

It was a great trip and the students were excellent. Many memories and quotes will be relived for years to come I am sure. A big thank you to Mrs Allan and Mr Chatterton for attending the tour and for their help along the way.

The Year 9 Canberra Tour for 2020 will be taking applicants early next year, so stay tuned! 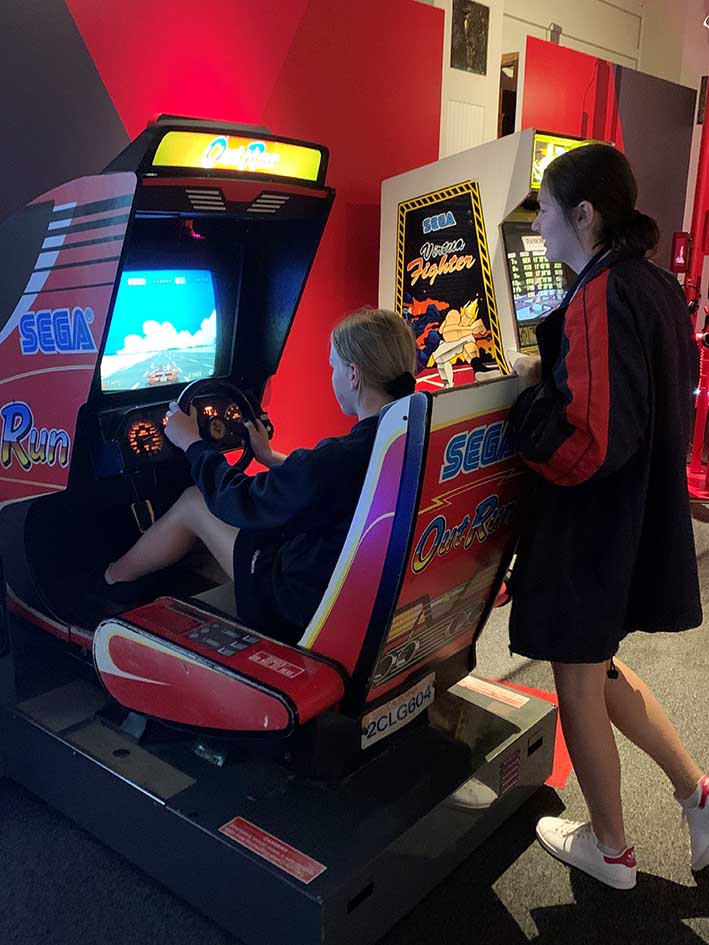 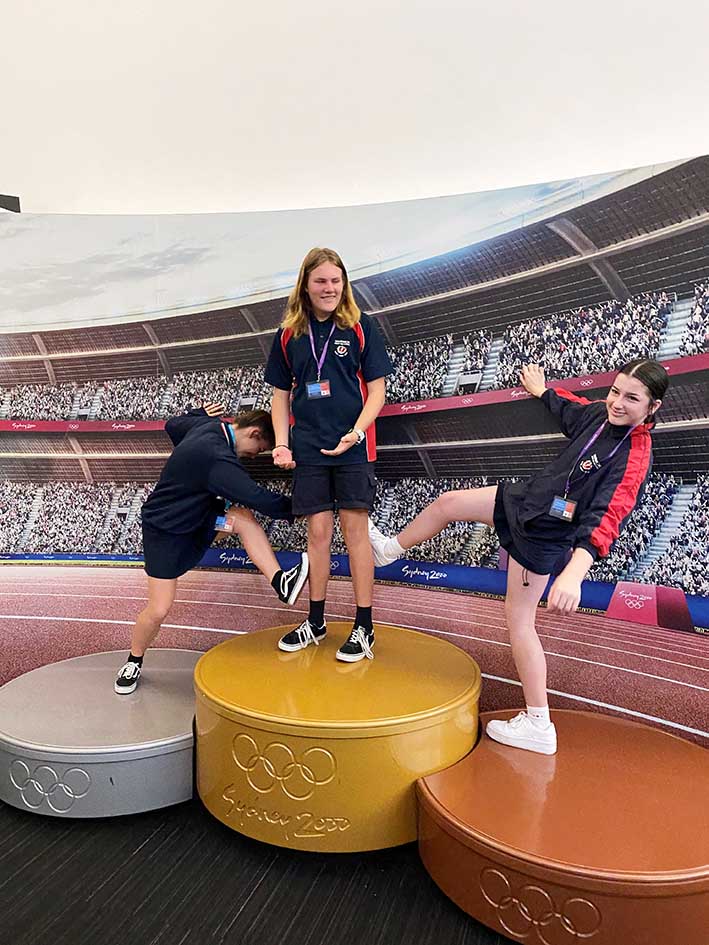 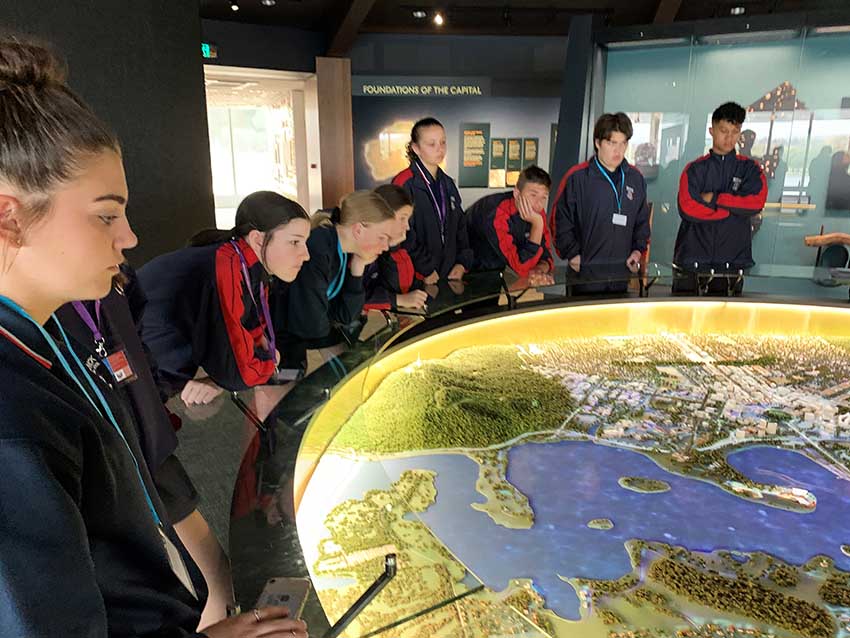 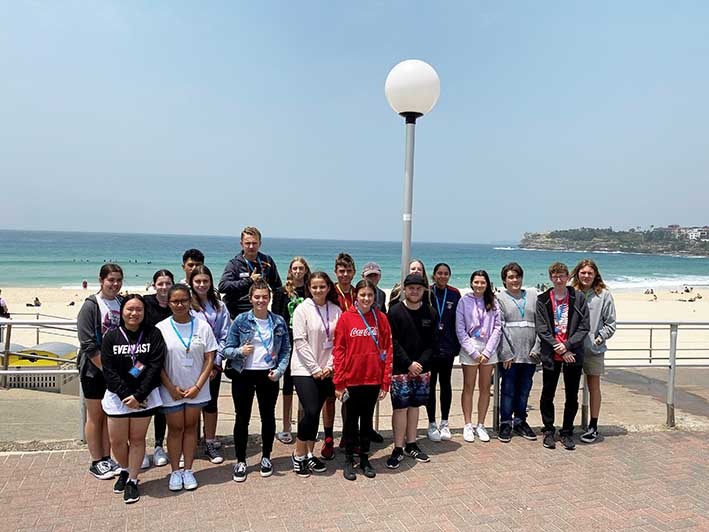