Warwick Senior High students, in the Year 10 Academic Extension English class, recently entered a creative writing competition which required them to reflect upon and write about everyday life in their own neighbourhoods during this historically significant time. The 2020 My Place competition attracted around 3200 entries from students all over the country, with government, Catholic, independent, special schools and home schoolers all represented.

Two of our students, who entered the Year 9 and 10 category of the competition, performed exceptionally well. Jiya Shukla, who was awarded First prize, wrote a poignant short story exploring the overwhelming stress and anxiety of a high school student coming to terms with COVID-19. Claudia Deselys-Claite, picked up Third prize. Her riveting short story, set ten years into the future, reflected on the devastating after effects of COVID-19. The girls’ entries were judged by the well known and prolific Australian writer, Nadia Wheatley.

Both girls are thrilled with their wins and should be congratulated by the Warwick community, on their outstanding achievements in this prestigious writing competition! 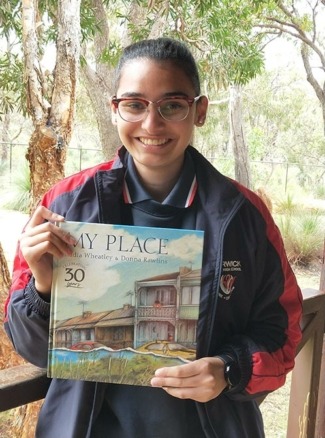 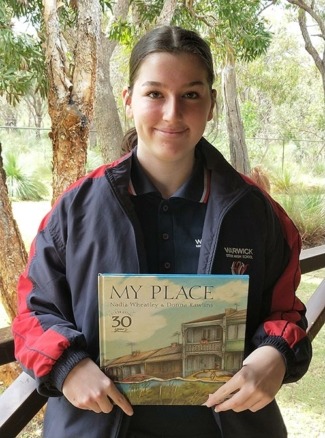 Let There Be Light!

Learning about non-fiction texts, students first read the novel The Boy Who Harnessed the Wind, written by William Kamkwamba. William was a young teenage boy living in Malawi facing poverty, starvation and a lack of running water after famine struck his village. Forced to drop out of school due to a lack of money, William accessed books from the village library and came up with an idea that would change the lives of everyone around him – he built a windmill from junkyard scraps that brought electricity to his home and his village. This ultimately changed his life, and the lives of those around him, forever. His story has since been made into a film which can be viewed on Netflix. In addition, we also learned about Landfillharmonic, which follows the Recycled Orchestra of Cateura, a Paraguayan musical group, that plays instruments made entirely out of rubbish.

What William and the Recycled Orchestra did with rubbish was remarkable, and during reading of the novel, students were asked to think about this and complete the sentence, “I think it’s remarkable that….” about William, his life and his achievements, as well as Landfillharmonic.

The students’ responses were varied, articulate and incredibly thoughtful. Here are a few examples:

I think it’s remarkable that…

“…less fortunate people created things from things we throw away to create something rare and of luxury to them.” (Isabel)

“…people are able to make things that they enjoy, or are an advantage to them, with things that we throw away or have no use for.” (Nik)

“ …the Landfillharmonic Orchestra uses recycled pieces of rubbish we would usually throw away to create a beautiful instrument. Just like how William found pieces of garbage and created ‘electric wind’. This must take a lot of creativity and skill since they had no internet and only read books.” (Pearl)

“…William never gave up on his windmill and now is making real electricity and the kids from the Landfillharmonic Orchestra are playing for people all around the world.” (Deklen)

We also spent one lesson in Home Economics making and eating Nsima, the staple food of Malawi, made from corn meal and traditionally eaten with tomato relish, butter or cheese.

After reading the novel, students spent a lesson assembling the SolarBuddy lights and using STEAM skills to problem solve, collaborate, communicate and think creatively. SolarBuddy is an Australian charity with a big dream to gift six million solar lights to children living in energy poverty by 2030, to help them to study after dusk and improve their education outcomes. Through their empowering education programs, SolarBuddy inspire the global community to understand how innovative design solutions can help to create a more sustainable world for all people. Since 2015, the SolarBuddy Program have gifted over 100,000 solar lights, changing the lives of more than 500,000 people.

A big thank you is sent out to the following Warwick Senior High School staff:

Special thanks must also go to the fantastic 7.1 English students who were absolute champions and immersed themselves in the reading of the novel, the ideas that stemmed from their reading – and doing something to make a difference in other children’s’ lives. 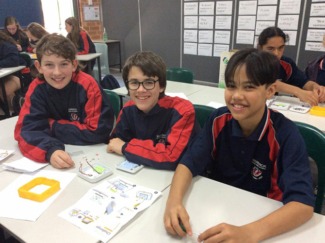 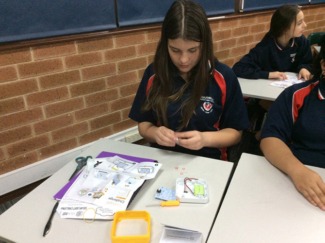 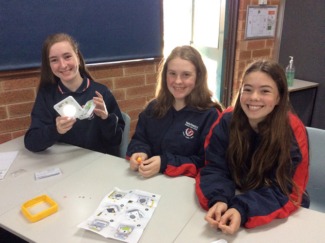 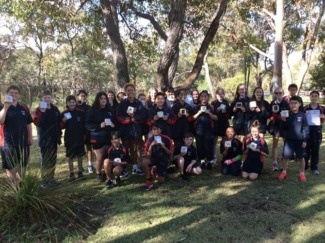 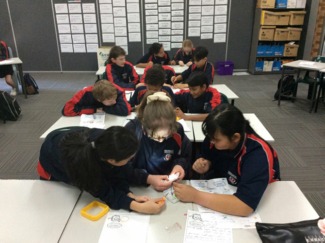 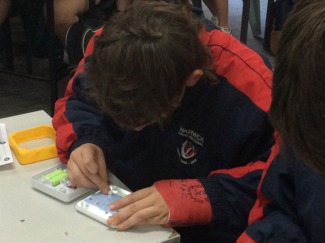 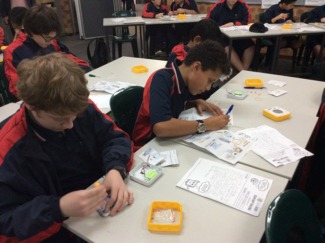 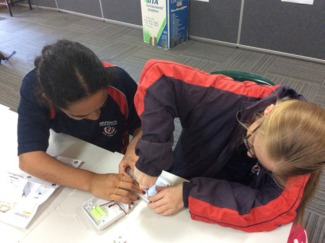